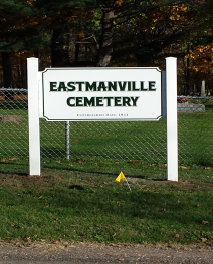 Eastmanville Cemetery was established in 1844 and is in what was once called Village of Eastmanville, located within Polkton Charter Township. Burial records and such are limited. If you have any of these records, or know someone who would share copies of these records, we would welcome this information.

In August 2015 a sonar mapping was done on this property that showed at least 895 people are buried here. A visual look at the cemetery grounds would indicate that there are open areas available for future burials, but a view of the digital map would indicate otherwise. As a result this cemetery has been designated as “closed” with no future burials allowed.

If you are interested in finding a grave at Eastmanville Cemetery, you may find some of the links below to be helpful. 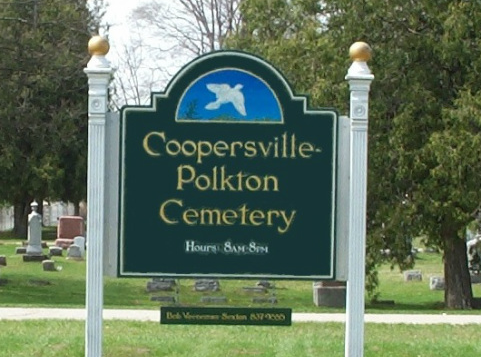